A Trip to Remember.

It all started with a message on Facebook from “Indiana” James McBeath, Director of Marketing for Jackson Kayak…”hey, are you up for a 5-6 day fishing trip with Jim Sammons through the Petawawa River to fish for musky?”.

I was at work at the time so I immediately charged to my scheduling board and booked myself off moving a couple of appointments so I could go.

Wait a minute! I am not a musky guy! In fact, I only have bass gear.  Not a single lure for musky, much less a musky rod/reel setup.  Uh-oh! Oh well, that’s why people sell used gear online. And that’s what I did.  I bought myself two used Abu Garcia Ambassadeur reels (6500 and 6600) in pristine condition both for just over $100 (Sweet!) and decided to use my bass flipping sticks to pair them up with.  I also went for a little shopping spree to Sail Outdoors to buy some much needed lures. 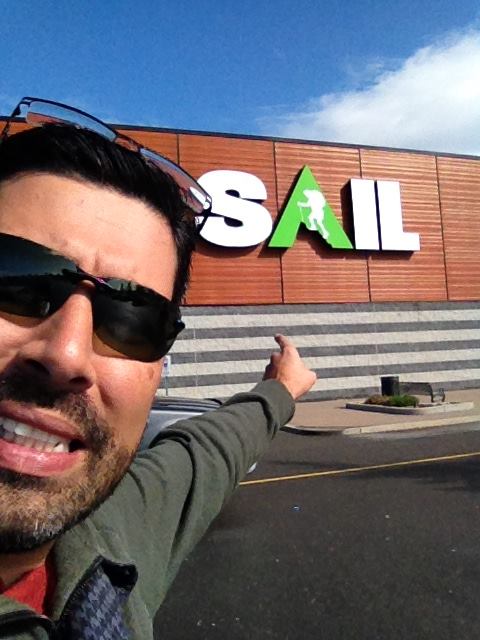 Ok I’m ready!…oops, the trip is in over a month! Oh well, I guess I’m gonna have to clean all the gear, re-tie line, sharpen hooks, clean and grease the reels, clean the kayak and go over the list of my camping gear (again!).

The month flew by and the night before “D-Day” I’m like a kid on Christmas Eve.  Can’t sleep, I’m all excited!

The following day I met with James at his house and helped him with his gear prep while we were waiting for Jim and his cameraman -Will Richardson- to arrive.  Meanwhile, we had a few cold beverages until everyone got together.  Introductions were made and friendship ties began to form over more cold ones and an “Icky Sticky Pile of Bones” (BBQ ribs).

Next day our journey begins by driving to Beachburg, ON, the home of Heliconia Press, parent company of the Kayak Fishing Show, Facing Waves, Kayak Bass Fishing, among others.  There we met with the owner, Ken Whiting, 1997 whitewater kayak world champion, who took us out on the Ottawa River for a crash course on how to paddle through rapids. 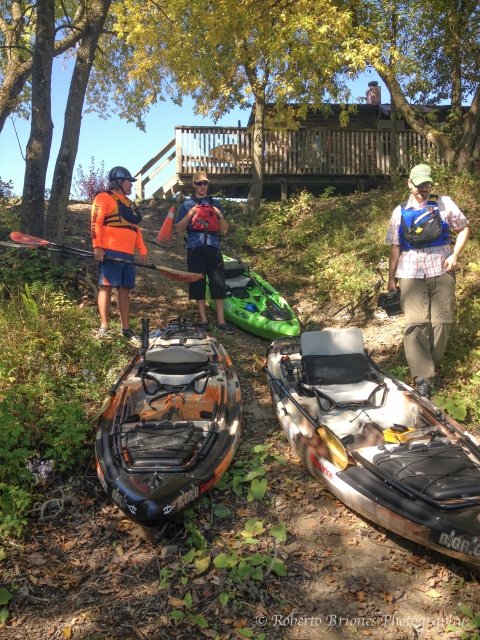 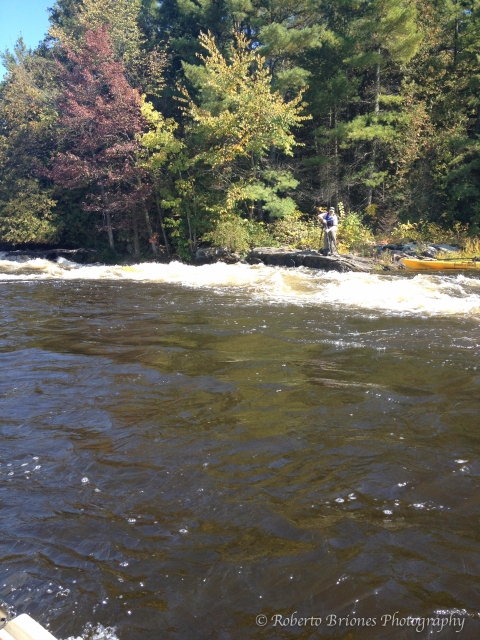 After finishing the “class” we proceeded to fish the Ottawa River for the rest of the afternoon. We caught pike and bass.  The weather couldn’t have been better for fishing, even for dipping ourselves in the cool river water.  In fact, the weather forecast for the entire trip was looking amazing, as opposed to the week before where we had a couple of frosty nights and heavy rainfalls. 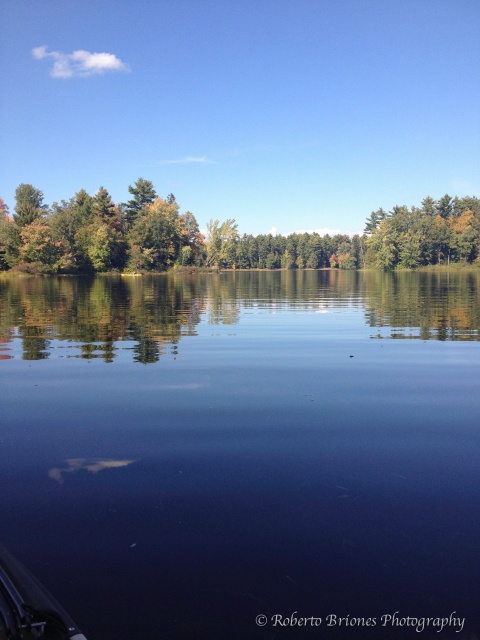 Once out of the river and having caught some fish we were hot, sweaty, hungry and thirsty. We met the whole crew of the Heliconia Press at the Whitewater Brewing Company, a great little place where they make some of the finest beer I’ve ever tasted.  My favourite is the Midnight Stout (Oatmeal Stout).  They also have very fine pub-style food at affordable prices. All-in-all it was a happy evening full of laughs, friends, good food and good beer.

Back to the cottage to rest up before our trek to Lake Travers in Algonquin Park the next morning. Ok, we had a bit more to ingest before we hit the sack that night.

The scenery at Travers was breath-taking, the leaves changing colours were a beautiful reminder of why I love this country and it’s nature.  Water levels were very high too! 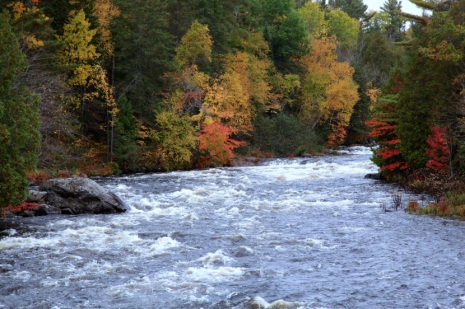 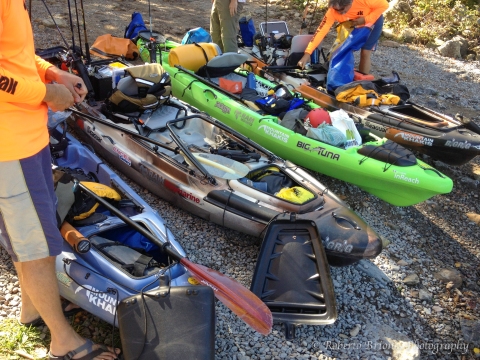 I honestly was impressed with the amount of gear we were able to fit in each of our boats!

Day one we camped about three miles from our launch waking up to to a beautiful calm day. 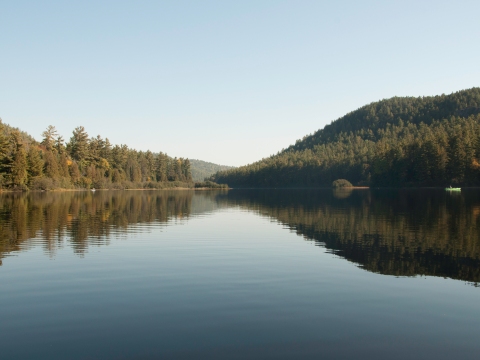 Our scenery didn’t change much during the trip, in fact, colours were getting better by the day! Oh, and the fishing? Steady, fun, amazing!

When we got to the first set of rapids, they looked intimidating, hitting the rocks quite hard.  In other words, too technical for beginners like Jim and I.  After scouting them James offered to take all four boats down and the rest of us were going to portage the gear to the other end of the rapids, a 350m walk through very uneven terrain.

That’s when bad karma started.  Will was setting up the camera on a rock to film James’ runs through whitewater.  He turned for a second and -DANG!- the camera, along with its tripod, slipped off the rock and fell into the water.  He jumped into a calm pool of water to retrieve it. Dove three times until finally he grabbed a hold of the strap and pulled it out, saving two days of filming and a tripod worth over $1K.  Unfortunately the camera was toasted.

But Will is a very good troubleshooter.  After hulking-out he decided to use his DSLR to film the rest of the trip (Hats off to you, Will!)

After all of this, James proceeded to run the rapids with each boat.  His comments were the following…

Big Rig: “A tank…unable to flip that boat, very hard to turn due to its size and weight. Correcting its course was a concern”.

Coosa: “That thing is a river boat.  Turns on a dime, but having the seat in the high position made it a little tipsy”.

Big Tuna: “Surprised how easy it was to maneuver and correct its course, maybe because he was seated back far enough to lift the nose of the kayak, therefore there was less boat in contact with the water making it easier to turn”.

Once we reloaded the boats we cruised until we got to the second set of rapids.  We scouted them too, but found them even more challenging than the first one, with one section closed at river-left by a huge rock and water hitting it so hard.  We saw a couple of guys going in a canoe down those rapids.  We tried to persuade them to stop and scout the area first but it was too late.  They took the rapids blindly.  One of them didn’t have his PFD on and they went straight to collide with the mentioned rock.  The canoe capsized and luckily the guy without lifejacket was able to grab a hold of the turned canoe and drifted through the rapids.

That’s it! We’re not running any more rapids.  We called it off.  Bummer! because I really wanted to try running them, but deep inside myself I knew that was a smart decision.

So we started paddling back against current.  It was a hard work.  Will and Jim paddled on one side of the river and James and I paddled through the other.

The current was so strong that at times it was pushing us backwards.  It was at that moment when Will pulled aside, strapped the Big Tuna to a rope and started walking through a cliff pulling it.  He took a slip and CRACK! he dislocates a finger.  He hulked-out again, but he snapped his finger back into place.  I must say that he was carrying his sunglasses in his mouth and when he screamed the glasses fell into the water.  That’s it!  his bad luck came in a batch of three.  After that it was all good stuff, including the food that he cooked for us (Thanks Will!)

When we made it back to the end of the first portage but the trek didn’t stop there.  Jim, James and I unloaded the kayaks -again- and took the stuff to the mid-point of the said portage. Finally we carried the boats one by one to the other side of the rapids.  I never knew how heavy a Coosa feels after having carried two Big Rigs and a Big Tuna through 350m of uneven terrain.  But hey, we made it and Will was waiting for us with a nice supper.

The rest of the trip was fishing, camping, eating, fishing and more fishing.  We caught 20+ musky (no real monsters), smallmouth bass and catfish.  Here are a few pictures of our adventure.  I hope you enjoy them! (To see them in full size just click on each picture) 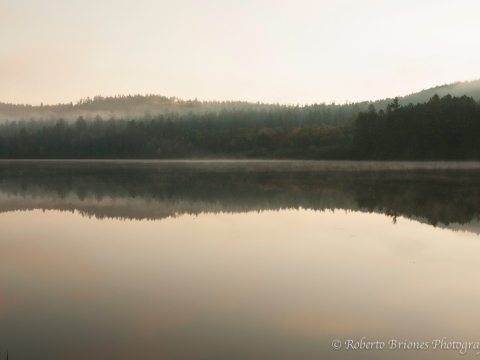 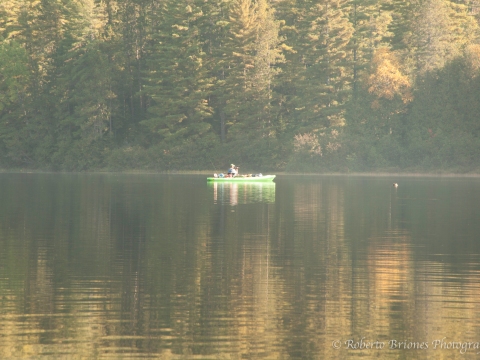 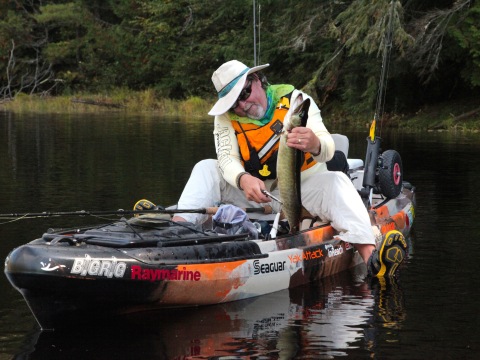 My favourite pieces of gear during the trip were my Kokatat Bahia Tour PFD, my YakAttack BlakPak and the coolest, badest boat of all, the most stable and fun to fish from, Jackson Kayak Big Rig.

This was a trip that will always live in my mind.  Thank you Will, James and Jim for sharing memories that will last a lifetime.

Tight lines y’all! And don’t forget to look for this episode next season of the Jackson Kayak’s Kayak Fishing Show with Jim Sammons.

Some of the pictures here are courtesy of Jackson Kayak’s Kayak Fishing Show.