The first annual M-Wave Fest was like no other event I have ever been to before. M-wave is a wave near Montrose Colorado that is formed in a concrete irrigation ditch in the middle of absolute nowhere. It is an incredibly fast moving, slightly shallow feature just below a narrow concrete bridge. This wave is more like a cannon than a wave. 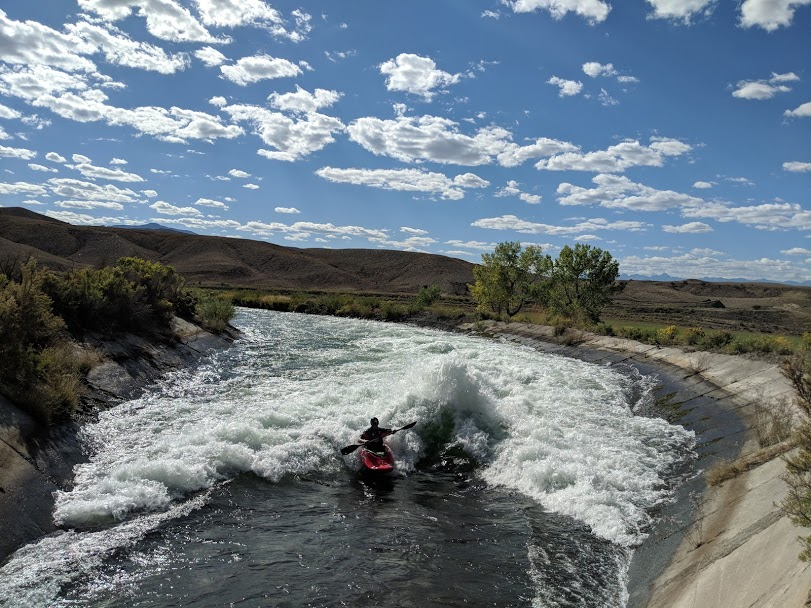 After 6 hours in the car and countless wrong turns, I finally made it there.I arrived at 8 o’clock that night thinking I had already missed the kayaking for the day. However after an awesome burger and some good’ol campfire songs we found ourselves staring at the rising full moon and decided we should take a few surfs. We dropped the guitar and spontaneously geared up for a wild session. 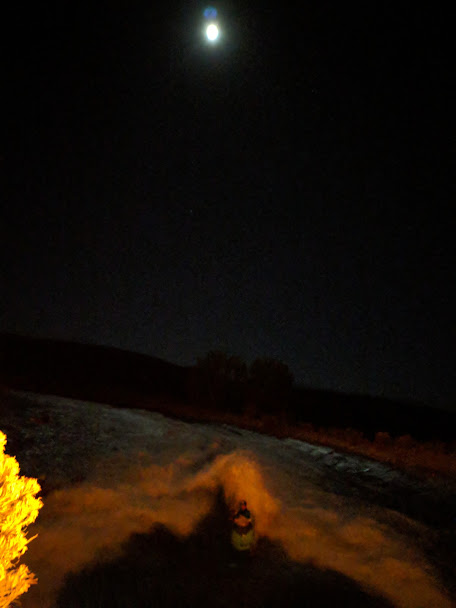 We ended up burning a pile of pallets on the concrete bridge above to light the wave. Once the fire was lit we were ready. We sped down the steep 30ft banks where we then dropped into the channel that sent us flying under the flaming bridge and through the wave. Meeting M-Wave for the first time like this was certifiably epic! 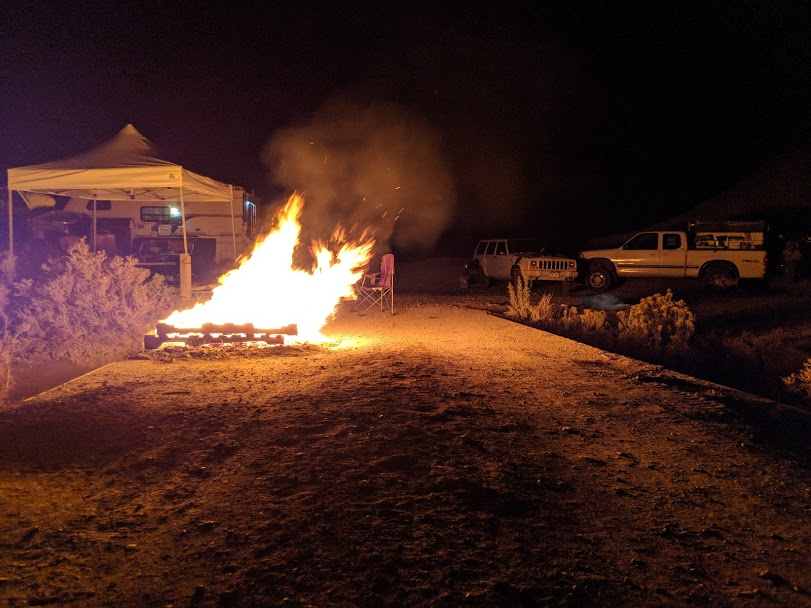 Zipping down the narrow channel toward the illuminated wave felt like some kind of vortex it; it was almost as if everything around me was moving and I was the one sitting still. We took turns catching air and doing tricks off the curlers until it was too cold to bear. The nights adventures wrapped up and I crawled into the back of my Cherokee to get some much needed shut eye. The next day I surfed the wave again and actually got a lot more intimidated by it. I didn’t realize how shallow it is or how small the eddies really are. So our midnight, full moon, fire-lit session turned out to be a way of getting over fear I didn’t even know I had.